Suppose that ℓ≥5 is prime. For a positive integer N with 4∣N, previous works studied properties of half-integral weight modular forms on Γ0(N) which are supported on finitely many square classes modulo ℓ, in some cases proving that these forms are congruent to the image of a single variable theta series under some number of iterations of the Ramanujan Θ-operator. Here, we study the analogous problem for modular forms of half-integral weight on SL2(ℤ). Let η be the Dedekind eta function. For a wide range of weights, we prove that every half-integral weight modular form on SL2(ℤ) which is supported on finitely many square classes modulo ℓ can be written modulo ℓ in terms of ηℓ and an iterated derivative of η.

The study of Derived Categories, first introduced by Grothendieck and his student Verdier, has come a long a way in describing deep connections between algebraic geometry, commutative algebra, representation theory, number theory, symplectic geometry, and theoretical physics. Despite that a lot of work has been done with derived categories there are still many open questions and interesting conjectures. One example is from the mid 90’s and early 2000’s where Bondal, Orlov and (independently) Kawamata conjectured that if two smooth complex varieties are related by a flop then they should be derived equivalent. It has been shown by Reid and others that flops can be equivalently explained by wall crossings from variations of geometric invariant theory. Using this approach Ballard, Diemer, and Favero have suggested a Kernel as a candidate to realize this conjectured derived equivalence. In recent joint work with Ballard, Chidambaram, Favero, and McFaddin, we have shown that a generalization of this kernel realizes the derived equivalence of the Grassmann Flop, which was first introduced by Donovan and Segal. In this talk we will examine some of the curious algebraic and geometric properties of a brand new generalization which describes these previously studied kernels and may describe many more wall crossings. 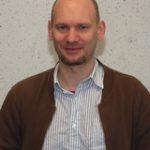 $\alpha$-Siegel-Veech constants are roughly speaking the quadratic asymptotic constants for weighted counts of the number of geodesics below a given length on flat Riemann surfaces. Here the geodesics length is the parameter with respect to which the asymptotic is taken. Each geodesic loop is weighted by the area of the strip carved out by loops isotopic to the given one, exponentiated with the parameter $\alpha$. This uses the fact, that on the flat surfaces considered closed loops appear in families defining euclidean cylinders. For $\alpha=0$ one has the standard quadratic growth rate of cylinders and for $\alpha=1$ one has the so called area-Siegel-Veech constant related to the sum of Lyapunov exponents of the Kontsevich-Zorich cocycle. The asymptotic constants are normalized, so that to the quadratic growth rates of a unit area flat torus have $\alpha$-Siegel-Veech constants 1.

For (generic) branched cyclic covers of tori with given branching we present a general formula for $\alpha$-Siegel-Veech constants. The formula has arithmetic properties depending only on the degree of the cover and a number we call monodromy factor of the cover. In fact, the formula only depends on a unique decomposition of the covering degree determined by the monodromy factors’ primes and does not depend on any other branching data. Most surprising the area Siegel-Veech constant is 1, if the monodromy factors’ prime factorization contains the same primes as the factorization of the covers degree. This phenomenon was observed through computer experiments and generally conjectured by David Aulicino, who is the coauthor of the research presented. 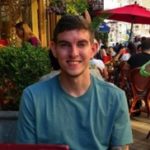 The Stiefel-Whitney characteristic classes of a real vector bundle with base space B are a sequence of cohomology classes of B over Z/2Z. Consequently, they are used as an algebraic invariant for distinguishing topological spaces and real vector bundles. More surprisingly, they provide an obstruction to a topological space being the boundary of a smooth compact manifold, given by the cobordism theorem. The Stiefel-Whitney characteristic classes also allow one to conclude some unexpected results classifying which projective spaces can be parallelizable and which can be immersed into a fixed Euclidean space. 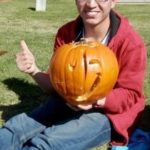 In 2007, Roberts and Schmidt had a satisfactory local theory of new- and oldforms for GSp(4) with trivial central character, in which they considered the vectors fixed by the paramodular groups K(p^n). In this talk, we consider the vectors fixed by the Klingen subgroup of level p^2. We calculate the dimensions of the spaces of these invariant vectors for all irreducible, admissible representations of GSp(4, F), where F is a p-adic field. 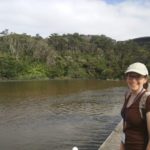 Lech’s inequality and the Stuckrad-Vogel conjecture

Abstract: Let $(R, m)$ be a Noetherian local ring, and let $M$ be a finitely generated $R$-module of dimension $d$. Let $e(I,M)$ denote the Hilbert-Samuel multiplicity of $M$ on the ideal $I$. Lech’s inequality states that the set ${\ell(R/I)/e(I,R)}$, as $I$ runs through all $m$-primary ideals, is bounded below by $1/d!e(m,R)$. Stuckrad and Vogel showed that this set is not in general bounded above. However, they conjectured that whenever the completion of $M$ is equidimensional that ${\ell(M/IM)/e(I,M)}$ will indeed be bounded above. We prove this conjecture. This talk is based on joint work with Linquan Ma, Pham Hung Quy, Ilya Smirnov, and Yongwei Yao. 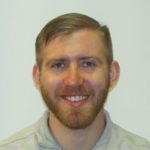 Abstract: In 2017, Dr. Saeed Nasseh and Dr. Sean Sather-Wagstaff proved certain rigorous properties of fiber products using the standard homological methods. Since other families of rings have been shown to have similar properties using methods involving commutative differential graded (DG) algebras, there is reason to expect we can achieve the results known by Dr. Nasseh and Dr. Sather-Wagstaff via DG algebras. This talk will address the work needed to complete the first step in applying the DG algebra proof to the case of fiber products. 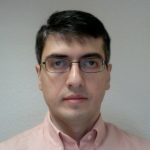 The relationship between combinatorial laplacians and automorphic forms is an active area of current research with applications to a variety of problems arising in number theory, group theory, and coding theory. I will discuss certain combinatorial laplacians arising in the theory of Drinfeld modular curves, and their applications to estimating congruences between automorphic forms.